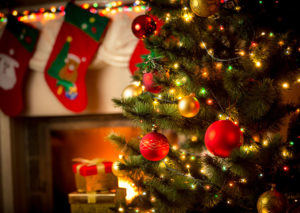 Well it’s that time of year again, and after wave after wave of changes to Australia’s migration program this year, one might have hoped for some calm at the end of a long and eventful year…

Well that’s not going to happen. As the Coalition government pushes to make whatever changes it can before next year’s “election mode” takes hold, we see some major changes looming for migration law and policy that are worth taking note of. Under the tree this year we have some special gifts for the naughty and the nice…

For all of you after a stressful year – I’ve recorded some relaxing holiday music that I hope you enjoy – this year, it’s calming peaceful music to de-stress from what was a pretty stressful year in the migration industry.

For the lawyer in the family – the government came within moments of passing the long-awaited (and long-dreaded by some) lawyer deregulation bill last week which splits the migration advice industry in Australia into immigration lawyers and migration agents (or perhaps more accurately, immigration lawyers vs migration agents) competing for a shrinking migration advice “pie” given the overall reduction in migration to Australia and more people doing visas themselves. The long winded but pointless (given Labor and the Coalition both support the bill) carping by the Greens were all that prevented the bill from being passed by the Senate, having already been passed by the House. It’s anybody’s guess when they will finally pull the trigger on this one, but don’t underestimate the power of the LCA who have and continue to push hard for this bill to get passed into law. For many of them, they cannot wait to get rid of their MARN number and put as much distance as they can between themselves and (lowly) migration agents in the competitive marketplace. For them, in their words, it’s a matter of “respect”.

For the engaged couple in the family – the long-anticipated major changes in partner, fiance and family visas were finally passed by the Senate, but the final details of the act are not known and perhaps more importantly neither are the regulations and policy which will determine exactly how the new laws are deployed. The major issue, as has been discussed for 2 years now, is the splitting of partner and fiance visas into a separate sponsor application that must be applied for and approved prior to the visa applicant being able to lodge a partner or fiance visa. This has the potential to severely disrupt the plans of those who plan to come to Australia and lodge an onshore partner visa within their 3-month stay period while holding a visitor visa. A really big question: will the new regulations eliminate the Schedule 3 provisions for onshore partner visas, and if so, will they do so retroactively? Schedule 3 problems, along with lack of relationship evidence, represent the top two reasons onshore partner visas are refused, and any change in the Schedule 3 regime for partner visas could have huge impacts across the cohort of people who have lodged and will lodge onshore partner visas.

The good news of course is that the issues with those hapless souls still languishing in Australia’s quasi-internment camps on Nauru and Manus Island are back in the news and hopefully we’ll see some real progress there. While nobody wants to see more boats (and the accompanying deaths at sea etc), the glacially slow pace at which these asylum applications are being processed is nothing short of shameful. The entire detention system needs attention, and I don’t just mean trying to rename these places to make them “seem” better than they are, aka “Brisbane Immigration Transit Accommodation Centre” which sounds more like a comfortable motel than a detention centre with security fences and security guards to keep everyone in their place. That being said, I’ve had the pleasure of meeting some very nice people who work at the detention centres in Sydney and Brisbane who genuinely care about the people they’re looking after there – thank goodness human nature can win out in an environment and political system that seems so uncaring at times.

For those who still want to try and charge for industry forums and news – you’ll be getting a chunk of coal in your stocking this year I’m afraid! This year migration agents and immigration lawyers have seen an explosion in the availability of high quality industry news and exciting professional forums where agents and lawyers can discuss everything from technical and legal issues to industry issues and more. Leading the way in the forum department is Joey Barnard’s hugely successful Support Network for MARA Agents on Facebook. She’s up to 1,200+ members, all registered agents, and it’s quickly become the industry’s leading forum for registered migration agents. Great support, friendly people, and Joey works overtime keeping the whole thing running smoothly and without political strife. Highly recommended.

In the news department, immigration lawyer Sergio Zanotti Stagliorio’s free Migration Law Updates launched only a few months ago has rapidly grown to become the industry’s leading news source both in terms of timeliness of articles, depth of coverage and writing, and scope of news as Sergio writes not just about new legislation, policies and related industry news but also does in-depth case analysis of important new migration case. Their new Migration Legislation Tracker service announced today is a great place to go to see the current status of lots of immigration-relevant acts, bills and laws. Also of note is Liana Allan’s substantially expanded news service from the Migration Alliance – more great news including industry news, related political news and more, and a new entrant in the news field is Michael Arch’s Migration Messenger which features news and case summaries. With all these free options, migration agents and immigration lawyers have a wide variety of excellent free news services to choose from.

Happy holidays to all, and very best wishes from myself and our family to all of you for a happy, healthy and safe holiday season.

Mark is an immigration lawyer and registered migration agent in Sydney, Australia with a specialty in family, business and employment visas including waivers (exclusion, Schedule 3, 4020), refusal/cancellations, AAT appeals and other complex migration cases. 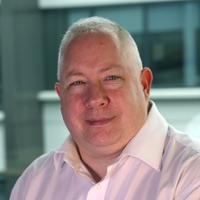